RDO speak to Shannon Shalter about all things ODR 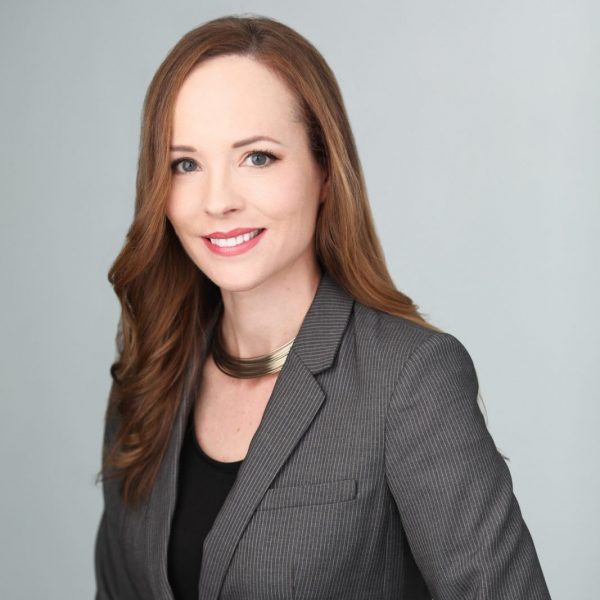 Shannon Salter is the Civil Resolution Tribunal’s Chair, and an adjunct professor at the UBC Allard School of Law, teaching administrative law and legal ethics. She earned her BA and LLB from UBC, and her Master of Laws from the University of Toronto.

Ms. Salter was a BC Supreme Court judicial law clerk before practicing civil litigation at a large Vancouver law firm for several years. She has served as a vice chair of the Workers’ Compensation Appeal Tribunal and as a board member of the College of Registered Nurses of BC.

Ms. Salter is currently a commissioner of the BC Financial Services Authority formerly known as the Financial Institutions Commission, past vice president of the BC Council of Administrative Tribunals, and a board member of the Canadian Legal Information Institute (CanLII). She  co-authored the BC Administrative Decision Maker’s Manual, as well as a number of journal articles.

In 2017, Ms. Salter was named one of the 25 Top Most Influential Lawyers in Canada, and was previously recognized as one of Canada’s New Law Pioneers by the Canadian Bar Association and an Access to Justice All-Star by the National Self-Represented Litigants Project (NSLAP).

She is also the 2016 recipient of the Adam Albright Award for outstanding teaching by an adjunct professor.

Ms. Salter is a frequent speaker at international conferences on online dispute resolution, administrative law, legal education, and the future of law and technology.

How did you end up working within the ODR space?

Accidentally, I was serving as a Vice Chair at the Workers’ Compensation Appeal Tribunal, where I held hearings and wrote quasi-judicial decisions. In the evenings I was teaching administrative law as an adjunct professor at the UBC Allard School of Law. I had always been focused on pro bono work and access to justice issues, and so when the opportunity to help create the first online tribunal in the world as Chair the Civil Resolution Tribunal arose, I thought it was a great opportunity to use my knowledge of tribunals and administrative law to do something innovative and pioneering.

It turned out that the most useful skills were not the ones I had been taught in law school or developed practicing as a civil litigator or tribunal member. They were skills I had to learn on the ground, like change management, process design, building interdisciplinary teams, developing relationships with key stakeholders, and recruiting and nurturing exceptional talent.

The CRT is one of ODR's greatest success stories. That said, is there anything you would now do differently in the strategy or execution of the project?

Thank you, we have a fantastic team which is dedicated to fulfilling our mandate to increase access to justice for people in British Columbia. When we began implementing the CRT in 2014, human-centred design had not made its way into the legal technology world. We developed a user testing methodology through trial and error which, fortunately, quite closely mirrors what are now considered best practices in human-centred design. Rigorously user-testing every facet of the project and focussing on the needs of the most heavily barriered citizens has been key to our success.

How did the CRT project come up with its user experience and user interface? What were key considerations?

As a public justice sector access to justice project, we need to make sure that the CRT works for everyone. Private sector start-ups can pick their market segment, but our market segment is every single British Columbian, no matter their circumstance. For this reason, the CRT’s interface is really a co-design project with the public.

We involve community legal advocates and members of the public at every stage, and we are constantly iterating and reiterating based on their feedback. A very short list our key design considerations includes:

Accessibility of ODR platforms is commonly discussed. How did you ensure that certain more 'legal' aspects such as striking settlements were user friendly and jargon free?

Everything at the CRT, from the website, to the Solution Explorer (our expert system), to our emails and forms, to the final decisions, is written at about a grade 6 reading level. To do this, we train our staff and members on how to write in plain language, and we audit our writing using online accessibility assessment tools. We also test everything we develop with community legal advocates who represent those with the highest barriers to accessing justice.

We encourage and welcome helpers, and our staff are always happy to help people through the process over the phone or by email. We also offer free telephone interpretation in over 200 languages, as well as multi-lingual user guides. In short, we reject jargon. Latin is all but banned.

What do you think was the most important factor in the CRT project's success?

Our team. Over the past three years we have grown the CRT team, little by little, and now we have over 70 staff and members. Change is the only constant the team has experienced over the past few years. Despite this, everyone is so positive and optimistic and invested in the success of the project. I am constantly impressed at their commitment to public service, to access to justice, and to finding ways every day to make the CRT better.

Our staff and members are the biggest source of creative solutions to operational roadblocks, new initiatives that will cause them to have work even harder, and critical, honest, self-reflection which is essential to our continuous improvement. I am tremendously proud of each of them and I consider myself extremely lucky to work with them every day. Simply put, the CRT exists because of their humility, creativity, and clear-eyed focus on the needs of the public.

How would you suggest people measure success of any ODR project? Is it simply a question of getting user feedback? Or is there a return-on-investment calculation that weighs up project spend and efficiency savings?

The justice system is funded by the public, and therefore there needs be accountability in how this public money is used. Cost-effectiveness and increasing access to justice can co-exist, if we are very clear about where the value is for the public. The CRT is paperless, and most of our staff and tribunal members work remotely, which saves a huge amount of overhead.

Almost our entire budget is spent to pay the staff and members who provide front-line services to the public. At the same time, the CRT is primarily an access to justice project, and we have many key performance indicators. Some of these are in the participant satisfaction survey results we publish on our website every month of June to the September stats: https://civilresolutionbc.ca/participant-satisfaction-survey-september-2019/.

These include questions about whether the CRT treated you fairly, whether your decision was issued in a timely fashion, and whether you understood the CRT process. Other measures of success include settlement rates, time to resolution, the number of decisions overturned on appeal, among many others.

What advice would you pass on to any private or public sector looking to implement an ODR project?

Do not pave the cow path. Think beyond e-courts, e-filing, and e-discovery. With respect, none of these do much to increase access to justice for everyday people. Rather, they take antiquated systems, built primarily by and for justice actors, and literally encode them without doing the hard, foundational work of human-centred process design. Even if you have very little technology or capital, you can start this re-design work by simply talking to the people in line at the court registry about their experience navigating the court system.

How long did it take? How much has it cost? How much time off work have they taken? What was most confusing? How do they feel they have been treated? Ask them to fill out court forms and observe where they get stuck. Use this feedback to start designing new processes from the perspective, and with the help of, that person in the registry line-up. In my view, that would do more to increase access to justice than any e-filing project ever could.

What do you think the next 5 years of ODR will bring?

When we opened our virtual doors in 2016, there were zero other examples of ODR systems integrated into the public justice system. When I spoke at conferences, I was often met with a lot of skepticism about whether the CRT could ever work. Some even suggested it was a far-off, space-age fantasy.

Three years, four areas of jurisdiction, and closer to 14,000 disputes later, we are now frequently asked to share our experience around the world, which we really enjoy. Now there are myriad ODR projects around the world, with new ones cropping up in courts and tribunals every month. It’s exciting, and I think we’ve reached a tipping point where more and more courts and tribunals will introduce ODR platforms for the public.

The concept has become much more widely accepted, and we have solid evidence to support that ODR can increase access to justice in the justice system. I am very optimistic about the future of ODR, and I can’t wait to see the change the next 5 years will bring.

What tips would you give RDO as it works public sector organisations to implement ODR projects?

I don’t have much to add, except that private ODR providers working with public bodies will need to be mindful of the unique access to justice requirements that public bodies face, and so ensuring that products are as accessible as possible will be essential.