The Role Of Blockchain In The Resolution Of Legal Disputes 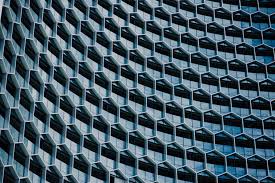 For many of us in the legal field, the noise around the role of technology in law has been difficult to tune out. While some have warned us that technology will replace the need for a lawyer, others have seen it as an avenue to improve legal practice. In particular, in the field of dispute resolution, there is clearly an added value brought by technology. With the rise of e-commerce, dispute resolution has also expanded to the online sphere.

Platforms such as eBay have gone as far as providing dispute resolution directly to their consumers. The use of online dispute resolution (ODR) is moreover promoted by the European Union (EU) through the ODR platform. The aim of the Commission in creating this platform is “to make it easier for consumers and traders to settle their disputes, without the intervention of a judge.” Furthermore, commercial dispute resolution enjoys the possibility for instant communication via the worldwide web and applications such as skype and google drive. Today, we no longer need to fly to a different city to sit across our opponent and can face them through a screen.

Services available on the worldwide web can clearly aid lawyers and dispute resolution practitioners, which begs the question of why law schools do not actively engage in spreading knowledge regarding harder to understand technologies such as AIs and blockchain. I am only 25 and graduated from law school three years ago, so my knowledge gap cannot be attributed to age. It is time for law schools to consider including courses in their curriculum that help their students to understand the coding processes and the risks associated with incorporating technology in law.

Focusing on the role of blockchain –“an open, distributed ledger that can record transactions between two parties efficiently and in a verifiable and permanent way”[1]- the possibilities for incorporation thereof in contractual transactions seem endless. Through the use of blockchain, we can enter into self-executing smart contracts, which are just like any other contract, but that are embedded in digital code and stored in transparent, decentralized databases that ensure the contract is secure from deletion and tampering. If we then see the potential for the use of blockchain contracts (smart contracts), we can definitely see its utility in dispute resolution. Blockchain platforms could be used to record the parties’ negotiations, terms of the settlement and the parties thereto including third-party neutrals. Therefore, blockchain provides the parties with a traceable and secure record of their settlement agreement. If then the settlement agreement is recorded as a smart contract it then could be self-executing.

Smart contracts can moreover be coded to define the consequences of non-compliance that are then automatically enforced. Thereby, a party will no longer need to file a legal claim in order to enforce their contractual agreement. Begging the question, will the incorporation of blockchain in legal transactions remove the need for dispute resolution providers including courts and arbitral tribunals?

So far, the answer seems unlikely. Largely unregulated, the consequence and binding nature of smart contracts needs clarification. The legal system clearly has not caught up with the technology. In particular, questions remain regarding norms of behaviour, privacy and data protection, the legal effect of a mistake or bug in the code, and taxation of such transactions. Issues that urgently needs to be answered include, does unfamiliarity with blockchain disrupt consent when entering into smart contracts and who can interpret these contracts in case of unexpected disputes? Moreover, while concepts such as good faith and reasonable attempt are widespread in the law, but are they code able? Additional issues relating to blockchain/smart contracts is what platform to rely on?

For now, I call on the readers of this post to open their favourite internet browser and explore the concept of blockchain. I have already done the same, and can no longer go on with my approach to law without constantly considering the potential role of technology.